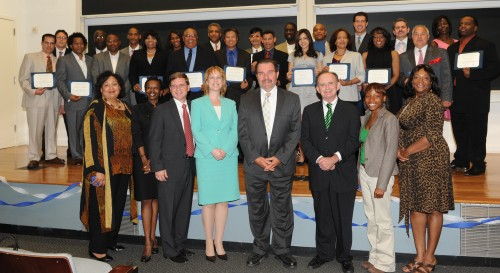 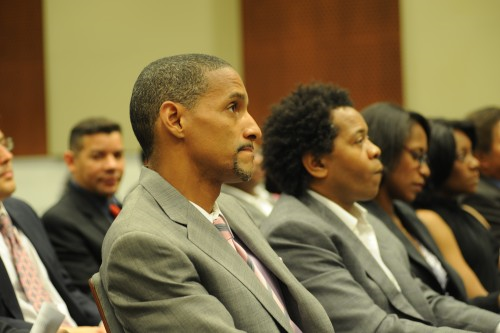 "The mentorship program is important to me both personally and at Columbia University because the best thing that we can do as an owner is to create opportunity," said Facilities Executive Vice President Joe Ienuso.

"In tough economic times, you better be at a course like [the one offered] at Columbia, because it's going to separate you from the rest of the pack," says Tony Curtis, of the Curtis Development Group, in Harlem, who recently completed the program's first year.

The graduating firms comprise the mentorship program's second cohort of mentees within the Minority-, Women- and Locally-owned (MWL) Construction Trades Management Certificate/Mentorship Program. The program, which began in 2008, is managed through a partnership between Columbia University and the City of New York.

Mentees in the mentorship program benefit from receiving academics at Columbia University (designed and administered by Columbia University's School of Continuing Education) and technical assistance from the New York City Department of Small Business Services (SBS). The Columbia-Harlem Small Business Development Center, a new addition to the program, provides additional resources for the businesses. Columbia University Facilities manages the overall program and offers mentorship, networking and unique contracting opportunities. The goal is to provide training and support so firms can competitively bid on projects with Columbia, anywhere within New York City and beyond. As of May 2010, more than $7.8 million has been spent on construction projects with MWL mentee firms. Click here for more information on the Mentorship Program.

Congratulations to the graduates!