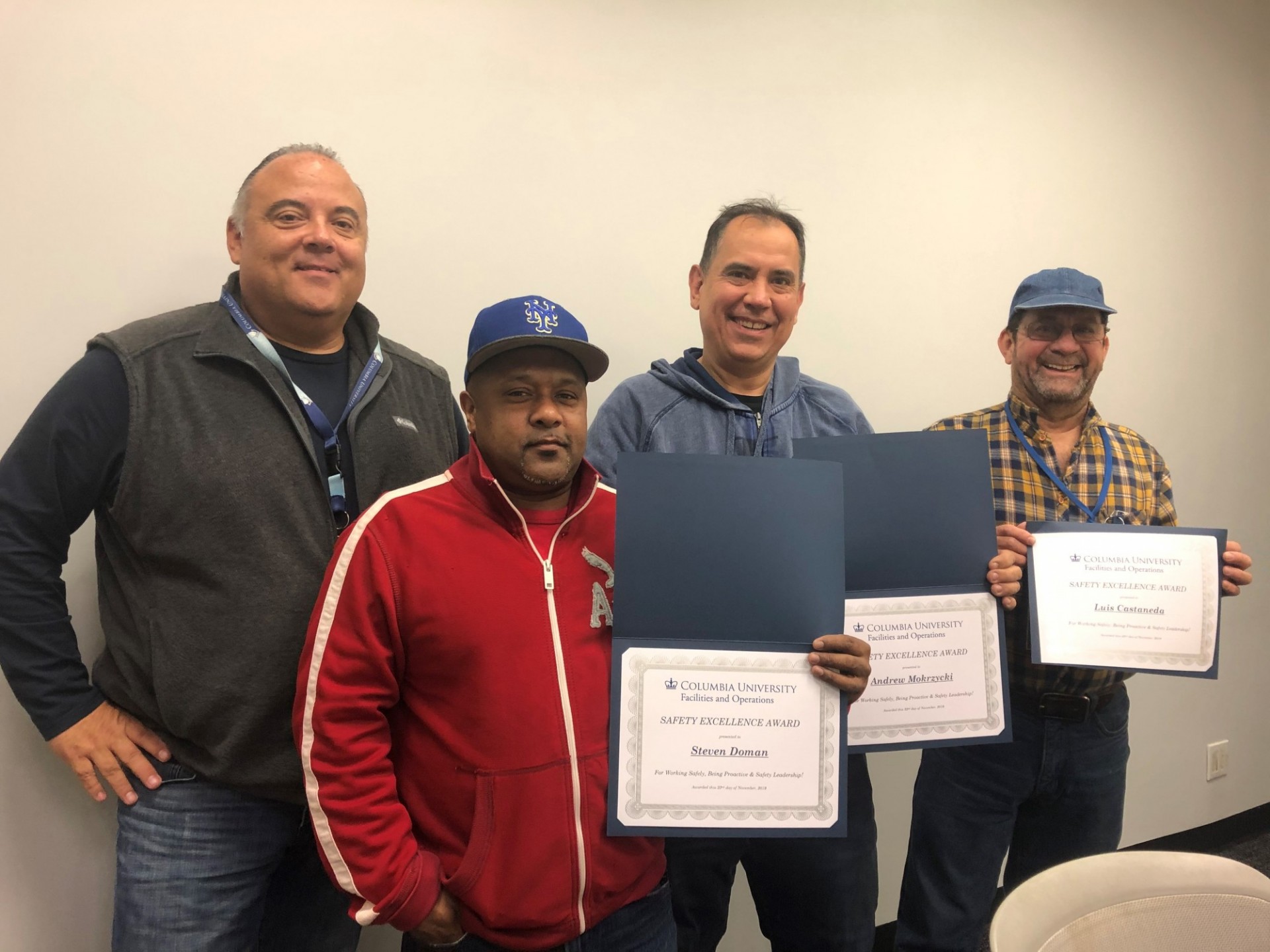 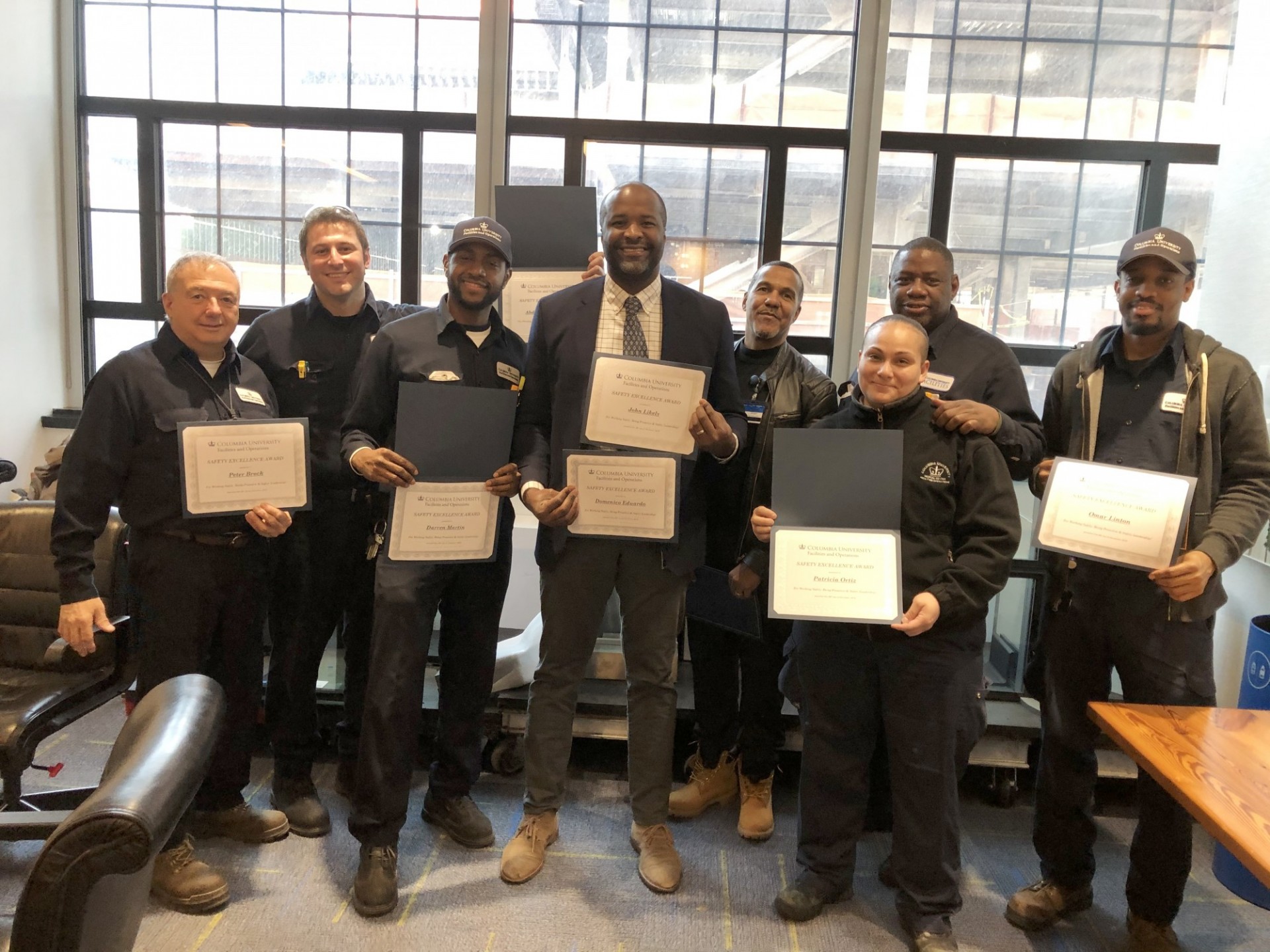 Awards were granted to 13 individuals in the categories of proactive safety, safety engagement, safety leadership, and safe work. To be honored, team members had to be nominated by a supervisor or a member of Facilities and Operations Safety and Compliance.

This year’s award recipients include:

Many Columbia retail tenants near the Morningside, Manhattanville, and Irving Medical Center campuses have modified their service and remain open to fulfill takeout and delivery orders. We are providing a list of Columbia tenants that have informed us that they are open and providing service during this time.

In response to the COVID-19 crisis, the University decides to offer two months of free rent to qualifying local businesses.

inFO is a monthly email with news from across Columbia University Facilities & Operations. Check out the March 2020 edition here.

The CU Grow: Vendor Development Program launched its 2020 cohort on February 19 with a matching ceremony that introduced executives of 21 minority-, women-, and locally owned (MWL) firms to their dedicated coaches that they will work with over the next nine months of the program.